Why Send a Survey via Text? It’s an important question with a simple answer: Because people conduct conversations in text, it gets better response rates. Not to mention, more mobile respondents complete your survey this way. Here are some tips for sending your text survey. Before you send it, make sure to create a list of contacts that you think will take the survey. That way, you can target the survey to a select group of people.

Text surveys are a conversational medium

The popularity of SMS as a medium for conducting customer surveys is well-documented. More than 80 percent of adult mobile users send at least one text message per day. SMS messages have a 98% open rate and ninety percent of them are read within 30 seconds. This makes SMS surveys and promotions highly effective. The text message format combines the conversational nature of SMS with the speed of a mobile phone.

The increased use of mobile messaging apps and the growing number of emails has led to a rapid rise in the use of chats. Emails are no longer an effective way to reach certain demographics, and a conversational form of survey is the best way to reach them. While traditional online surveys are still effective, chats are more efficient than email, enabling companies to gather rich qualitative and quantitative insights on the topics that matter most to them.

They get higher response rates 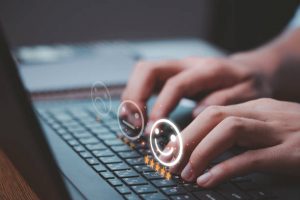 Aside from enabling smartphone users to complete the survey, the convenience and portability of mobile devices has also made this method of survey distribution more appealing to respondents. This is especially true for those whose work requires them to respond to surveys online. Smartphones offer different screen sizes, portability, and other benefits, and thus have become a popular option for completing online surveys. This study presented 10 main findings from a cross-over experiment conducted in Spain in February-March 2015.

They can be sent to a list of people 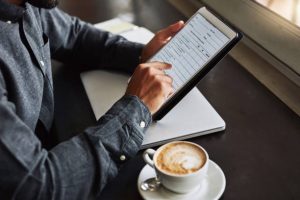 You can send surveys via SMS to a list of people. You need to upload the contact list to Qualtrics first, so you can customize the message. You should use the first name field to decrease the chance of cell phone carriers blocking your messages. The survey link should also include the contact’s first name. After you have entered the list, you can customize it further with the advanced options.

When sending a survey via SMS, you can include a call to action, or CTA, to encourage people to participate. Unlike other survey forms, text message responses are limited to just a few characters, so it’s vital to make your CTA short and sweet. Usually, a text message will have a link to the survey, which encourages recipients to tap it. SMS survey responses are useful for list segmentation, which is important if you plan to create personalized text messages for your target audience.

They can be followed up with

SMS messaging is an effective way to follow up with customers. These messages can be customized to ask for a single numeric digit, or they can request supplemental comments. If the survey has an opt-out option, customers can easily decline participation. Depending on their preferences, SMS messages can be triggered at various times of the day. However, the time of the message is important, as many customers are likely to receive the messages at different times of the day.

When sending a survey, keep in mind the limitations of space. While sending SMS messages, remember to include a short call to action, which will motivate the recipient to click the link provided. The send time is crucial. If it is sent right after the bill is paid, the results will be more accurate. However, sending it too late after a customer has already paid the bill will not yield the desired results.